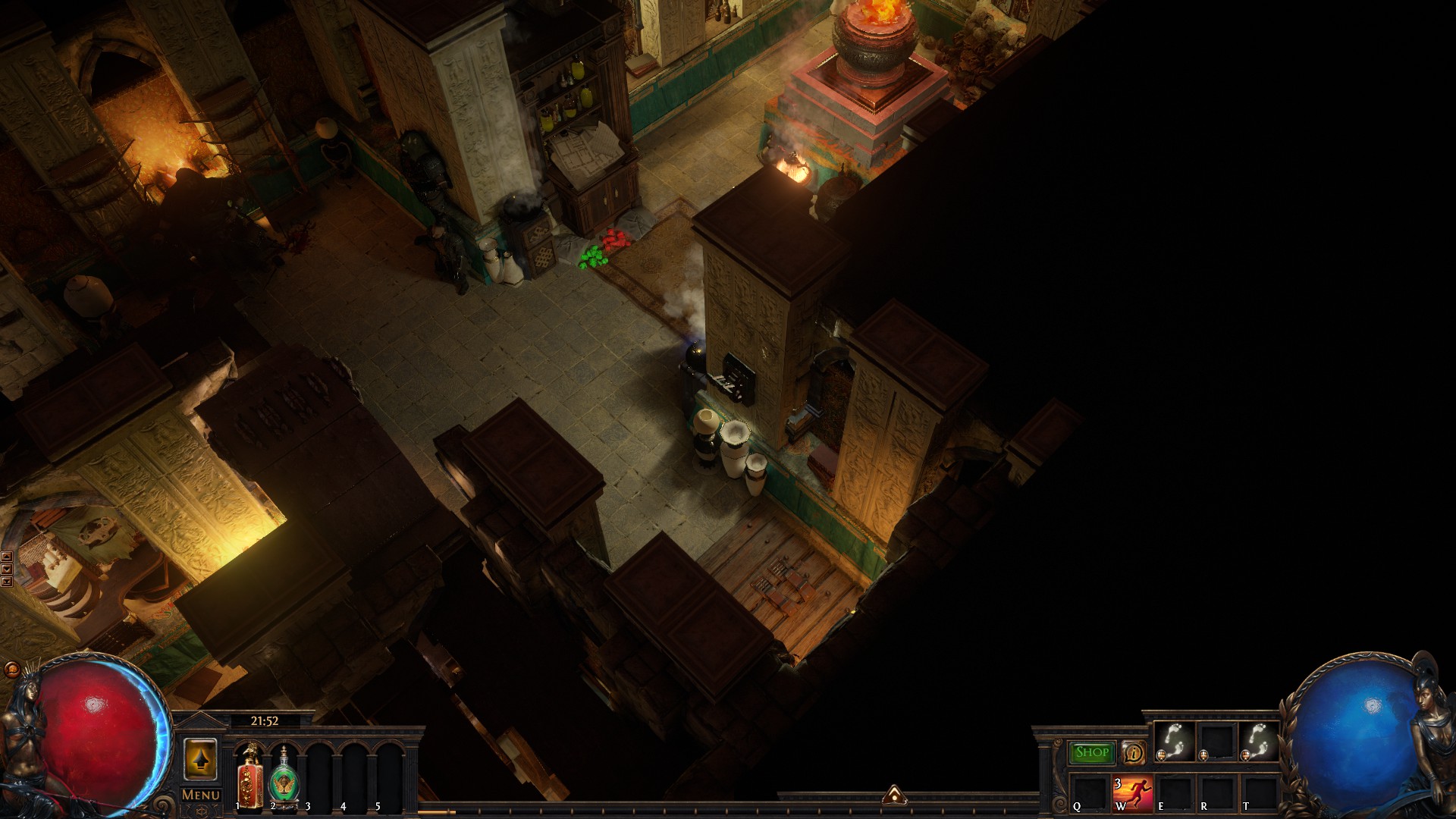 What this hideout is:

My expertise is on 20th century history, so excuse me if I don't get everything clear.

The Hashashins were an order of, well, assassins, who operated between 1090 and 1275 CE. They were Persian, Alamut was their headquarters and their first leader was Hassan-i-Sabbah. Curiously, the term "assassin" derives from their name. Initially called Hashashins due to their extensive use of the devil's lettuce, the word later turned into the Italian assassino and finally the word we use today.

They operated under religious rule and were a major threat against numerous caliphates of the era. Their preferred methods of killing were daggers, arrows and nerve agents; all of which are referenced in the hideout in one way or another. Just their important-figure victims number possibly in over a hundred. With their influence spread across the then-known world, some of their victims included Philip of Montfort, Lord of Tyre, possibly the Mongolians Monge Khan and Chagatai the Elder (mind you, the era of Genghis Khan is the 1200s, so they attacked the Mongols at their prime) and Conrad of Montferat, one of the major participants in the 3rd crusade. The assassins had their names inscribed in a scroll of honor essentially, that was kept inside Alamut; a feature again included in the hideout.

But history is not just the continuation of facts; it is mostly the continuation of ideas. Fast forward in 1938, Slovenian writer Vladimir Bartol wrote a novel called "Alamut". It is a story of military, personal and psychological strife revolving around 11th century Alamut and its leader, Hassan. Towards the finale of the story, Hassan, in a big moment that I will not spoil here says an iconic phrase that everyone who has come close to gaming knows: "Nothing is an absolute reality. Everything is permitted."

While the novel itself is allegedly a parallel between the Hashashins being revolutionaries against established order and the anti-fascist movements of the 20th century, its true cultural impact lies within gaming: Alamut went from being an important historical location, to romanticized fortress of literature and finally to the main inspiration behind both Assassin's Creed and even Prince of Persia. I have no direct point of reference to reconstruct its interior; I can only do my best with my imagination and the historical input. But I wager that the "Persian Assassins" theme that has been so loved by gamers has not been done in a hideout before in Path of Exile, so I decided to take my shot with it.