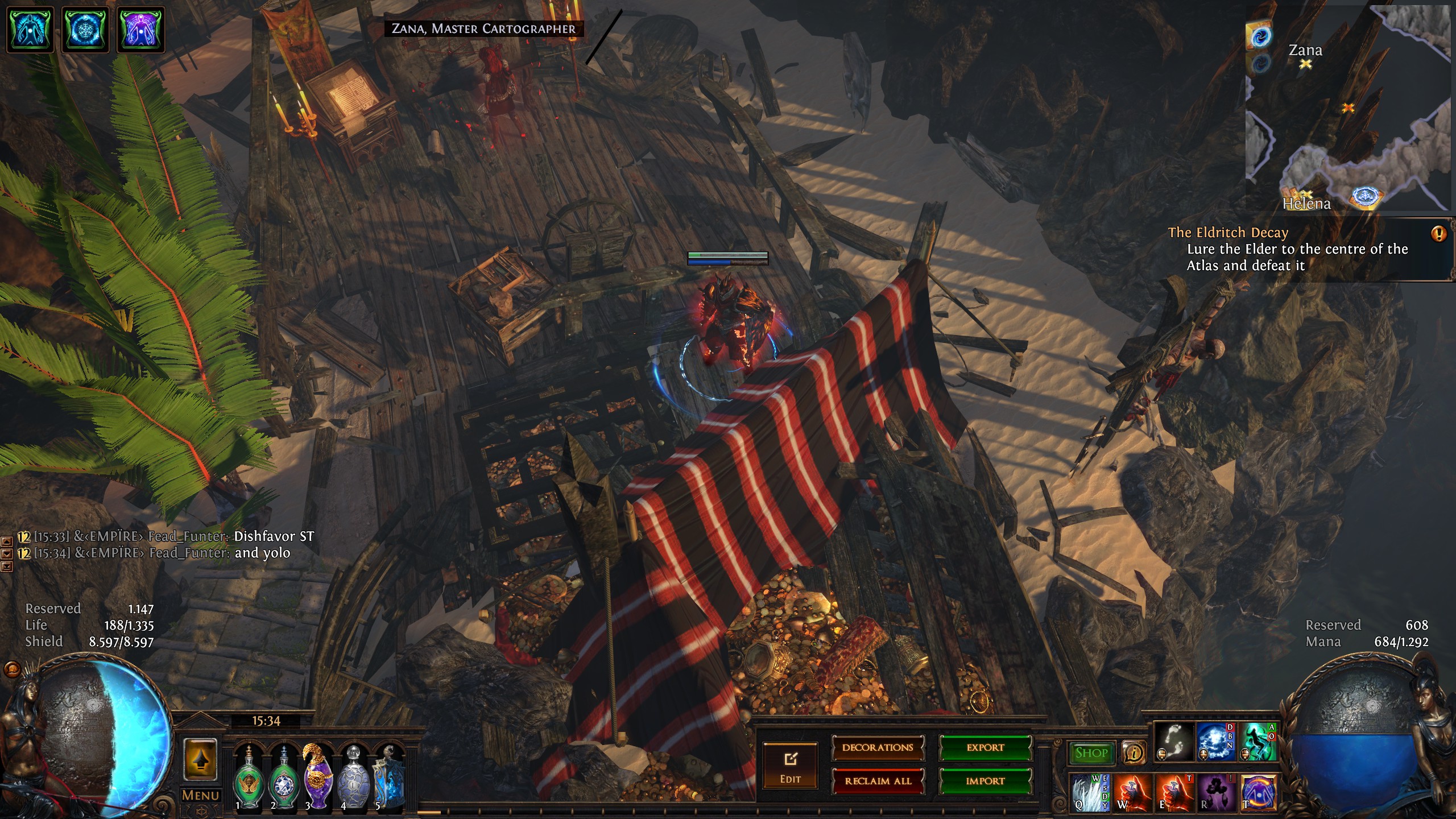 I just finished the first version of my new Hideout for Betrayal League. It is still Beta and will have changes in the future.

The Hideout is based on the Coral Hideout and is themed with a Pirate Island including a Coral Reef, a huge stranded Wreck of a Pirate Ship wich still contains Treasure, and a Small Pirate Fort containing the Pirate Kings Throne.

There is some MTX used, but its absolutely not necessary and easily replaceable (e.g. the boat on the strand).