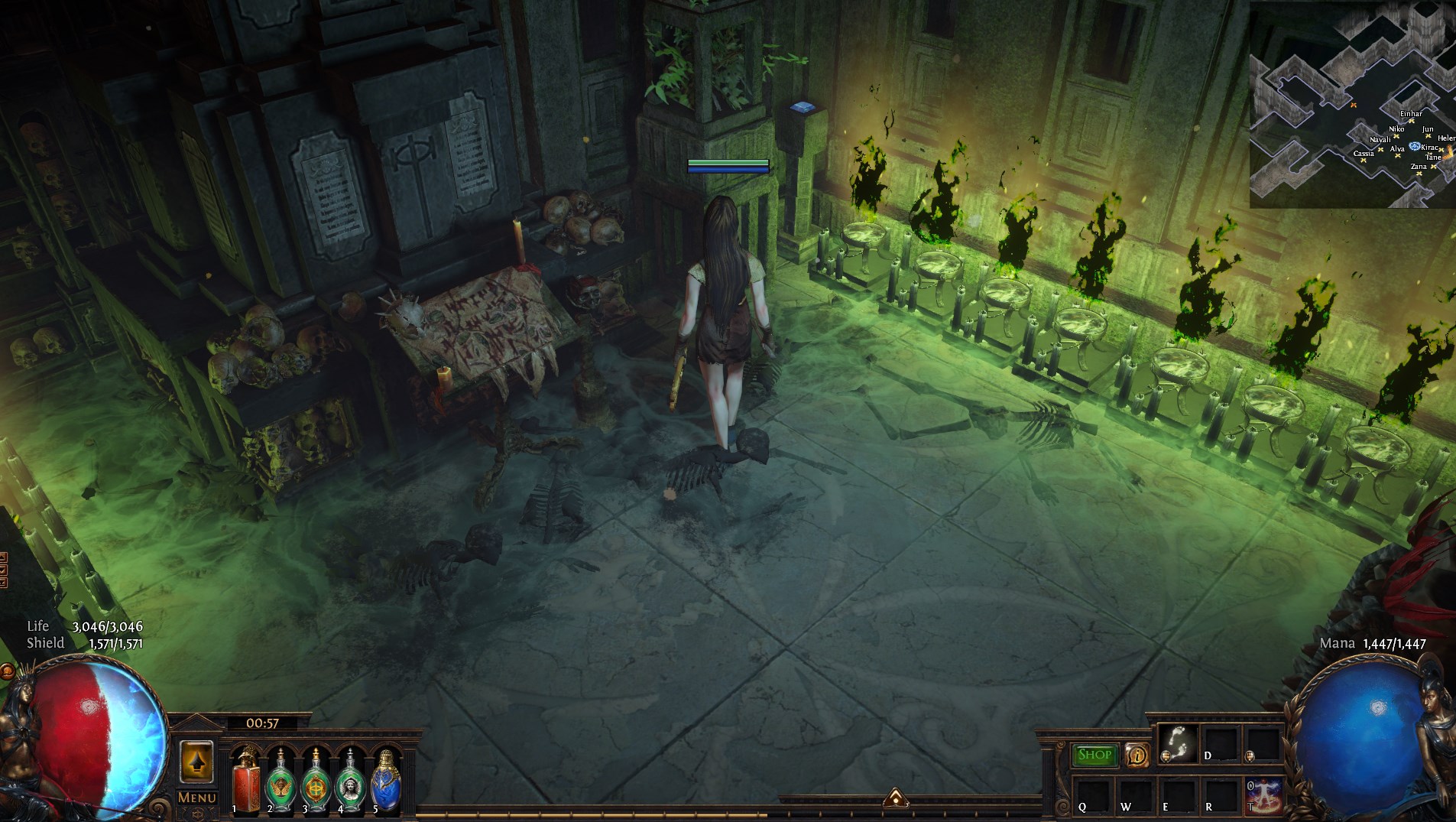 This hideout was built for my Occultist for the future Heist league, and for the Hideout competition for the theme 'Safe Haven'. Knowing I would play Occultist, it needed to represent the character’s take on what the theme would mean – what is a safe haven to an occultist? Every decision is hopefully made with that context in mind, from small to large details.

Main idea was around fear & persecution. The Occultist has a past of living in fear, however is challenging her fears through power and confidence. However a home, or safe haven, is a place to be at the weakest of times, as well as the strongest. The character strikes me as a person who may feel fear strongly, but would never admit to feeling it, even to herself.

So the Hideout has two contrasting elements - 1) Inviting challenge through open spaces and many people (masters), and 2) intimate private areas which are safe, WHILE not breaking the former element.

Youtube video explains it a little more. But also is player driven - where they can make up their own stories/lore/etc.