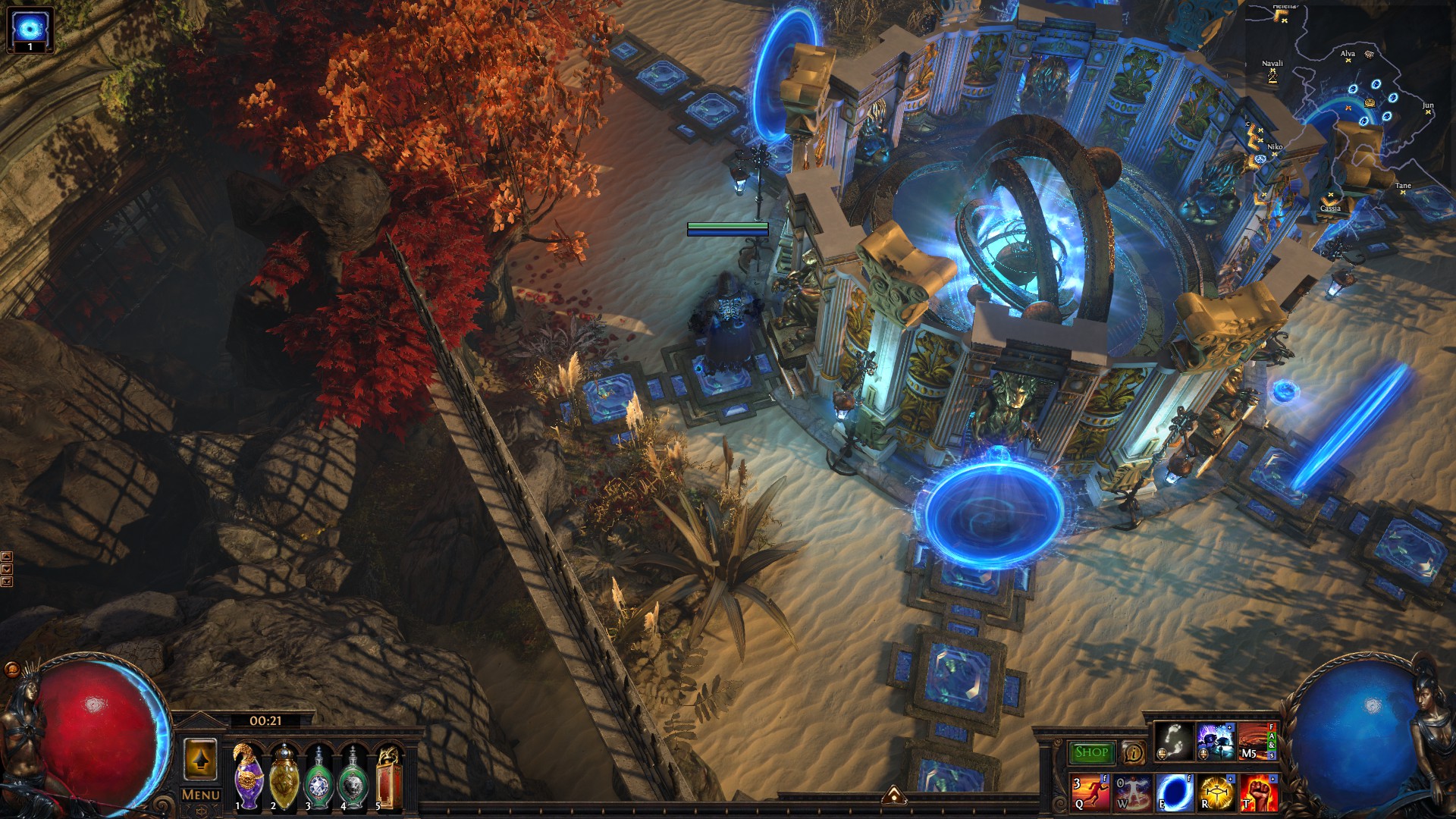 Shrine of Moon and Star

Wanted to build a Temple based on my last hideouts sub theme, and do the theme the right way, this is a temple built upon the ruins of an ancient people, the idea was the area was used for magic rituals long ago, and the energies of those rituals has infused the land with powerful magics, the temple was built to harness them, you'll see the temple has used the crystals from the old settlement to power the magic devices here (The Waypoint and Map Device) most of the old buildings have been lost to the sea or removed during construction of the new temple, so the few building you will see that are aged are on the outskirts of the temple.

the reason for using red and orange in the trees was to contrast with the blue and white theme of the temple, and i thought they looked more like trees that might grow in an area with strong magic, the temple is about as large as i could make it without losing out on detail, i only had to close off one small section of the west side of the map due to decoration limits, but otherwise everything open.

Own decorations to calculate your costs