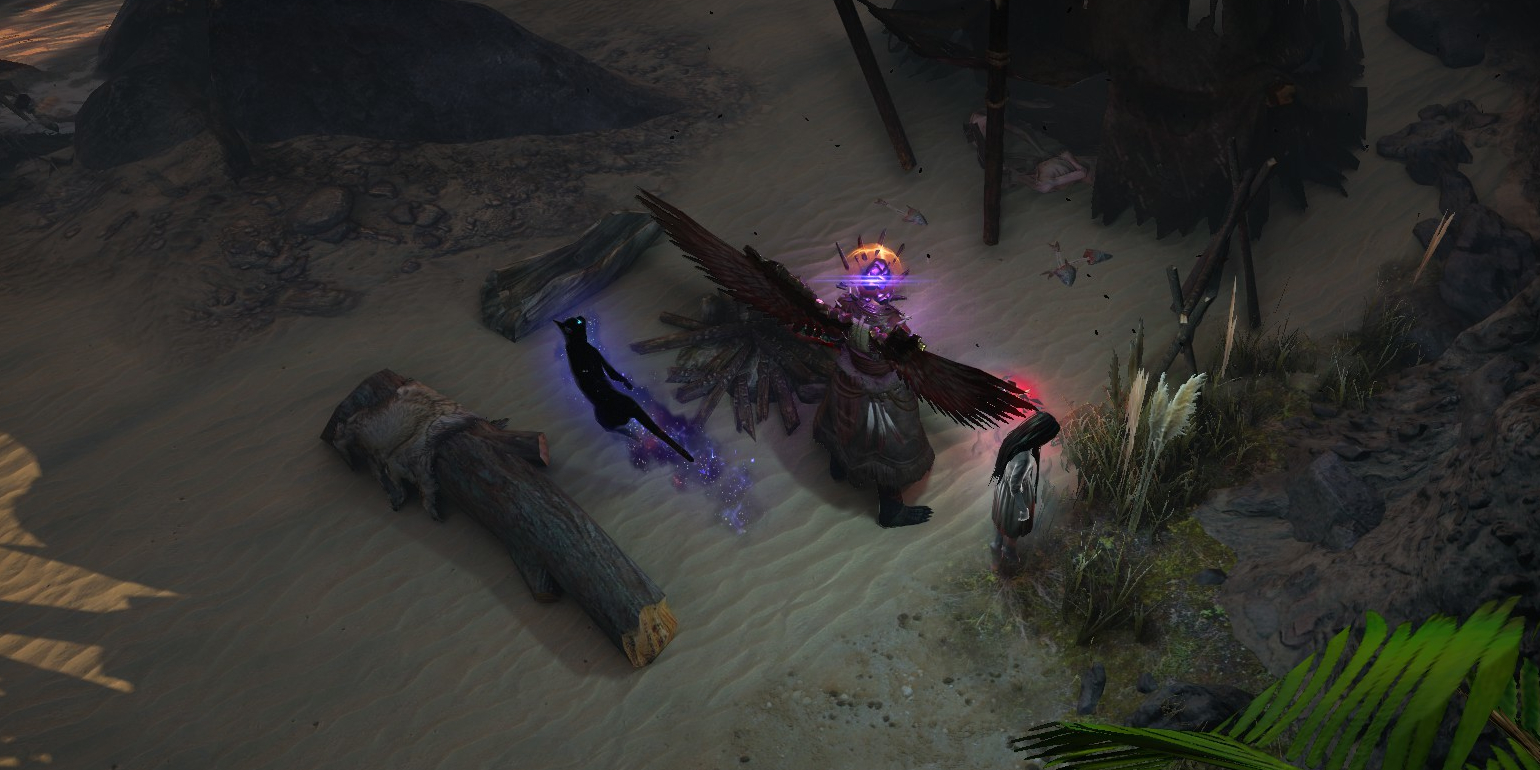 A simple base layout where everything you need is available close by, so that it won't get in the way of your efficient mapping and crafting. But wait, there's more. A few beautiful places to hang out with your friends and the island itself offers a bit to explore. Regarding the exploration part, feel free to read the flavor text below under story.

I just found out how vast the possibilities of creating some kind of miniature worlds within ones hideout are. First of all I didn't want to lose the easy accessability of the vital features of the hideout, including the map device, crafting bench, stash, Navali, Zana, Jun and Alva. But still, I wanted to get kind of creative. So I started with the idea of a small jungle on a deserted island and then I just went with the flow. After I created the camp of a shipwrecked, I tried different decorative objects. That quickly led to me thinking: But why should that be there...?

One fateful day, you've slaughtered the monsters and the ruler of a world, sunken in the desperate madness of the Shaper. But as you returned, you didn't find yourself back home, in the safe haven you once called your hideout. You didn't even recognize this forlorn place around some kind of peculiar map device, found far overseas even far beyond the continent you've called your home, a long time ago. An island with a great forest lay before you, eager to be explored.

It took you a while, traversing through the heart of the jungle, until you became curious about some cages you've spotted through the thicket. There was a small camp of another unfortunate soul, or so you thought. You've cleared a stone plaque on the ground from the sand hiding it's inscription, only to unveil the horrors that led to the death of two lovers.

A cruel resident of this damned island seems to have taken the shipwrecked lovers hostage, only to turn them into a human menagerie. He spotted them gazing only at a sole gold coin, he lost in the near forest while hunting. His raging anger seemed unstoppable at first. But nevertheless he let them live, because killing them would take away his psychopathic entertainment. Preparing cages to torture the two, they begged him to have mercy. Out of fear, they even begged for slavery. They were willing to through away their dignity, rather than to be caught in his plans of torture.

According to the notes etched onto the plaque, the night before he was planning to "step up" his entertainment, the two bravehearted lovers decided to end this nightmare. And so, they ended their own lifes.

Indeed, a tale of horror. But you've seen far worse things than this throughout your long journey. The depth of the Moon Temple and many more locations you've passed on your way to Kitava were true incarnations of agony. But still this case didn't go by unnoticed by you. "If the seemingly lone resident of this island is still breathing, I will end his pathetic life", you've thought to yourself.

A few more steps, climbing up a hidden slope towards a gate, you found the settlement of one. And there, indeed, he was. Exchanging some words, or rather screaming at each other in hatred and madness, you suddenly recognized his face. You've seen his ugly visage on many occasions at the boards in towns all across wraeclast. An exile of the Blackguard, searched and hunted for torture of his own fellows. He fled after killing, plundering and far, far worse things.

And so you decided, his death will be an ugly one, too. Incapable of moving, you left him for dead in the middle of his stolen riches.

After that vengeful murder in the name of the two lovers, you returned to that peculiar map device, quickly figuring out, how to get back to your hideout. But of course we both know it, exile. A treasure, even one soaked in the blood of the innocent, cannot be left unclaimed. So you called your faithful fellows, the ones widely known as the "Masters", to assemble. Travelling through the hidden routes of the Atlas, again you've arrived on this strange island, now freed of it's tormentor.

But you quickly decided, all that gold won't be easy to get back to Wraeclast. First, you've set up camp and started to marvel a bit more, everytime you carried one of the golden statues back to your camp. Wanting to stay longer, together you began to fortify your improvised camp. The plan of returning to your old hideout faded further away from your mind, with each day on this strange island.

Again, we both know it exile: This even stranger map device promises far more riches and treasures, than you could take only from this island. And of course, you want them. Dreaming of gigantic piles of Exalted Orbs and Mirrors of Kalandra, you started to look at Chaos Orbs, like you once looked at the change at the fishmarket.

Now, you have become another prey of this Island of Greed, exile. Travelling the realms of madness, just to become richer, day by day. Ready to sacrifice anything, just to delve further into the mines of treasure.

I hope for a successful outcome of your journeys. But just to make sure, let me ask you a question: Still sane, exile?

For now, let's hope no unfortunate souls might get lost on this island again, trying to gaze upon those treasures.

Lest you might lose your mind, to the accursed Island of Greed. 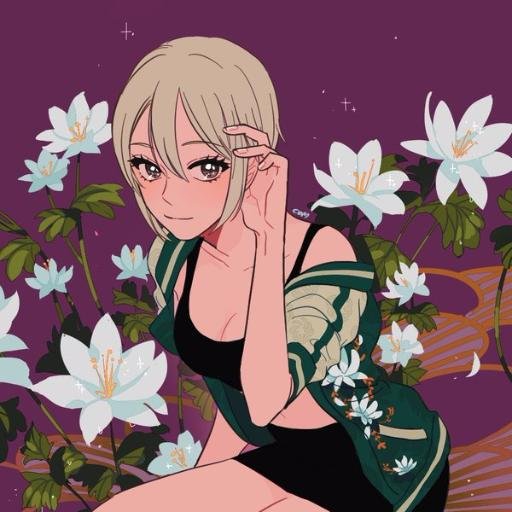 You just earned a new follower~

Quote (Not working yet)

Own decorations to calculate your costs